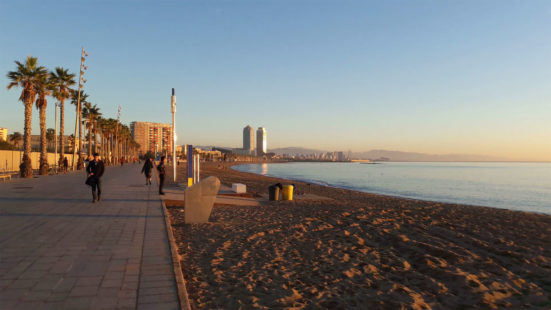 So, so, so… Rob (the webmaster) is the type of guy who thinks you must deserve your likes and you have to write him something (more than 800 words). How dare you give me orders Rob? This guy created a website where all the content is created by others [Ed. not all of it!]. The guy is the Uber of the web. Ok, ok, so let’s go for it Rob.

So what could be my best day trip in Barcelona, where I have been living for 4 amazing years. There are so many options. Coming from Paris where you have sun 2 days in a year (better than London or Berlin no?) and where the first beach you can reach is not only 12 degrees but 2h30 by car, I’d say: “Vamos a la playaaaaaa” my friends. And there are good ones. And for a Parisian like me, going to the beach by metro is an experience. In Paris, the metro is the height of routine. It is what we call in France: “Métro, boulot, dodo!”, which could be translated as “Metro, job, sleep”, but with the rhymes!

In Barcelona, you have metro stations for the beaches of Barcelona. It is so amazing to see, and during summer, you have a lot of guys wearing a swimsuit and a towel in the metro. Sometimes you even have guys with surfboards… I am sure they never use it and actually they are maybe paid by the tourist office.

But to come back to the main topic, I think telling you to go to the beach… yeah it’s great… but too easy.

I am also not going to advise you to take drugs in a flat of the Raval all day long. This isn’t healthy. Even if you take your drugs with a poke bowl. And the drugs you will find in the Raval are certainly the worst ones you will have. Better to smoke directly at the wheel of your rented car (take the full insurance, “excess protection” if you do that).

Healthier and much more interesting would be a very long walk to see all the gardens on Montjuïc which is the hill of Barcelona. And there are plenty: Laribal, Mossens, Joan Maragall, the Greek theatre, the botanic garden. And you could finish with the famous castle of Montjuïc. You will be happy to know that Franco, a guy who should have made a career in the construction of highways and not in human resources (like his old chap Hitler) tortured and killed a lot of political opponents there. Ok, I just killed the mood. So let’s go for another suggestion.

Because the best for me would be to have a walk inside the city and to get lost. This is what you have to do. And you have so many amazing districts to discover. And contrary to Paris, every district is very different from the other. Yeah, like Disneyland if you want, except this moment in a park where a lot of children are singing, “It’s a small small world, na na naaaaaa na na!”. So what are the districts to discover…

I’ll go from the sea to the North (technically the North West).

The Gothic quarter is very touristy but nice. As nice as the Born district which is very close. Get lost in all the narrow streets. Feel the history. Don’t miss the Palau de la Música Catalana, the Santa Caterina market and the Cathedral. This has to be seen. In this area, from the other side of the famous Rambla, you also have the district of El Raval. And yes, I really like this district (and not for the drugs). Preferably you go there during the day, and preferably sober also… And it has the greatest Rambla de Barcelona: the Rambla del Raval. The famous Rambla (the one everybody knows) has lost a bit of its authenticity. The one of the Raval is the best. And another good point of the Raval is that, thanks to its population, you also visit Pakistan at the same time… but without the bombs! 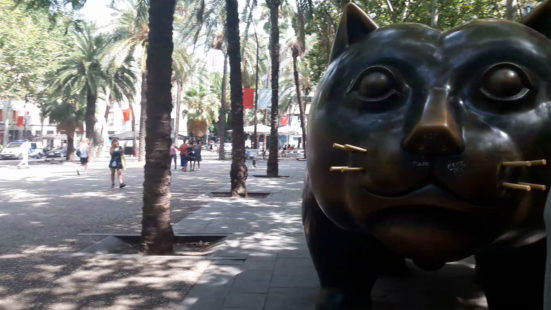 Northern, another amazing district that you must see… the Eixample (let’s only do the centre part for this day, I mean the part around the Passeig de Gràcia). You have to check out the famous Pedrera and Casa Batlló. And have a beer (or 15) in “El Nacional” del Passeig de Gràcia, which was an underground carpark rehabilitated into an incredible and wonderful food court. If you have the time, go to the Concepció market and to the cloisters near the same market. 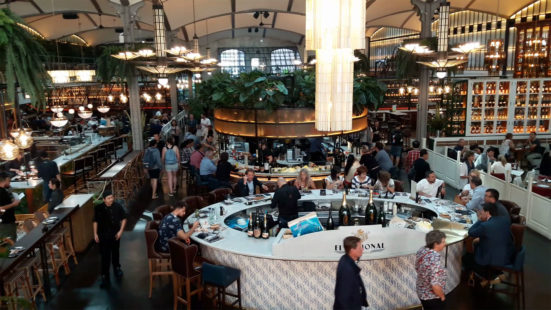 Check out all the terraces of the hotels in the area, they have the best views of Barcelona, in order to have a drink. And in summer, you can enjoy the swimming pools. Ok, there is no doubt you can have a drink, but I don’t know if you really can enjoy the swimming pool. No sorry I am sure you can’t if you don’t have a room. But you can try. Just be well-dressed and confident. The staff has to believe you really have a room! ;-)

Personally, I did it in all the best hotels of this area (Majestic, Mandarin, Gallery, Catalunya…). 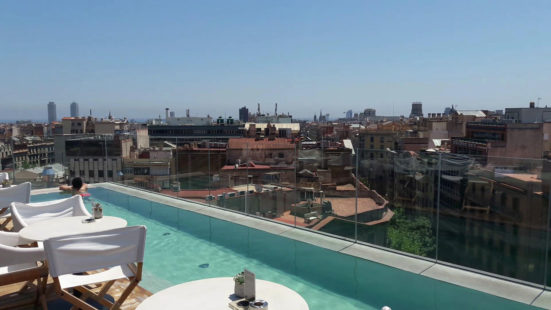 Yes Rob, I know that finally my text is much more than 800 words, but I couldn’t leave without talking about my very, very favourite district… Vila de Gràcia, a village in the city. This is fantastic. And the basic tourists don’t go there. The basic tourists go out of their fucking cruise ship, have a walk on the famous Rambla and rarely cross Plaça de Catalunya. Except for the Chinese that you can see on Passeig de Gràcia because of all the luxury shops. Put a Chanel or a Louis Vuitton shop in Vila de Gràcia and maybe they would come here!

Ok, I have finished my tour. But I left out so many things. When I wrote this mini article, I realised how much I love this city. I was not able to choose one thing in particular. This is impossible. Barcelona has so many faces and you cannot say: “Ok, I have been to Barcelona”, without discovering each one of its faces. It is like going to my beloved Paris and just seeing the Eiffel Tower and Disneyland. This is impossible.

Barcelona has changed my life and deserves all my respect. I hope I give it back a bit with this article.

And please watch and subscribe to my YouTube channel – El Francés en Barcelona. There are lots of videos about all the places I have mentioned… and more (Hospital de Sant Pau, El Bunkers del Carmel, the Encants market…). And even the day when I swam in all the swimming pools!

The French Guy is a French guy from the centre of Paris who decided to break his routine and change his life 4 years ago to come and live to Barcelona. He is an adviser in purchasing for other companies. He is fed up with his job, and even more with the Excel sheets… but he thinks that Barcelona is really worth it. 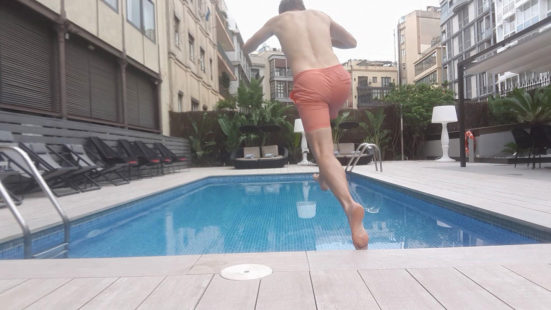