You’ve decided you want to move to Barcelona. Now what? You need to find a place to stay. You are looking at the neighbourhoods, checking where the best bars are, where you university or workplace is located and then you start looking for flats. But money is also an issue right?

Well, the student accommodation provider Uniplaces thought about it and decided to help you out. Based on their own research, they used the Barcelona metro map to create a “Rent Price Map”, with the average rent price per metro station. END_OF_DOCUMENT_TOKEN_TO_BE_REPLACED 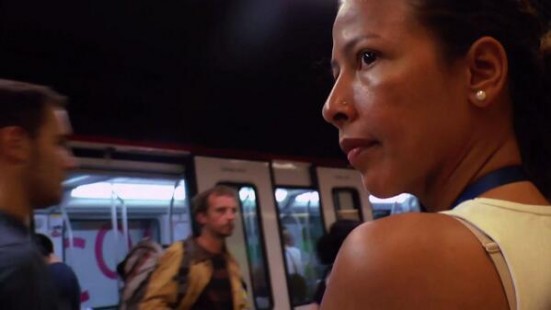 But, suffice it to say, if there has been a reduction it is in part thanks to the work of Colombian-born Eliana Guerrero, the Pickpocket Huntress of Barcelona’s Subways. END_OF_DOCUMENT_TOKEN_TO_BE_REPLACED

This fascinating article, Las Estaciones Fantasma (The Ghost Stations), tells the story of the abandoned metro stations in Barcelona. Courtesy of Ling Magazine. 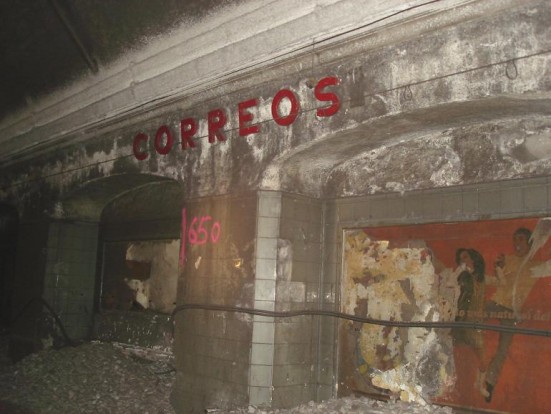 Stations in the Shadows

Fifty metres underground is Barcelona’s shadow side, hidden infrastructure that thousands of people pass each day without noticing. Phantom metro stations, once planned for the city and now forgotten only live on as names: Gaudí station, Banco, Correos… and another nine that reflect the civil engineering history of Barcelona, but with a touch of mystery.

The story begins in 1924, when the Transports Metropolitans de Barcelona (TMB) rail network was built in the city. At the time, only a single route, known as the Gran Metro, was put into use. This stretch went from Lesseps to Plaza de Cataluña and now forms part of Line 3. Over time, as the city grew, other branches were added. One runs down to San Fernando on La Rambla, past Ferran and Correos streets, on which there were once two stations that are now abandoned. Along the 123 kilometres of underground track in Barcelona there are a total of 12 stations that lie unused because of new track, changes in the network, or perhaps because they have never been completed. They have now disappeared from the transport maps. END_OF_DOCUMENT_TOKEN_TO_BE_REPLACED 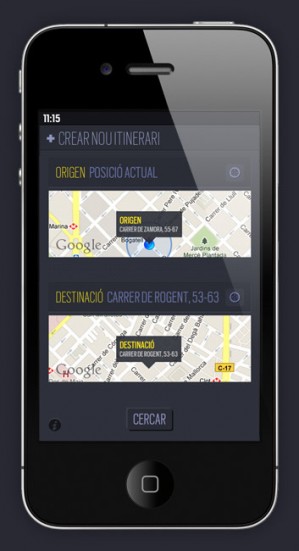 App showing your origin and destination

I had a comment this morning on one of the first posts I ever wrote on this blog. The post was about the Barcelona Metro iPhone app. And the comment was regarding a new rival iPhone app. I certainly don’t mind a bit of self-promotion in blog comments as long as it’s relevant. If I think readers of that post would find value in it then great. And in this instance I certainly didn’t need to worry.

The app in question that was so shamelessly promoted on this very blog was the Enllaç Barcelona Transportation iPhone App. From the website…

By foot?! Yes. And it even tells you how many calories you will burn. END_OF_DOCUMENT_TOKEN_TO_BE_REPLACED

Apart from the Google Maps app on the iPhone which I use daily to find my way around (but isn’t specific to Barcelona obviously) the app I use the most is Metro de Barcelona from Presselite.

As you can probably guess, this Barcelona Metro iPhone app helps you plan your route when travelling on the Barcelona Metro. I could explain to you how it works but the Presselite website says it just fine.