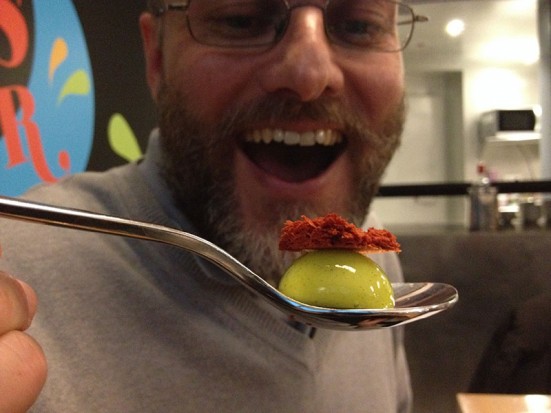 As I’ve said before, I’m not normally invited to restaurants, Suzy and Steve are the English-language foodie experts in Barcelona so I leave it to them. But I’m not one to turn down a restaurant invite when it happens. So that’s how I found myself at Matís Bar. A restaurant in the basement of the Architects College in the cathedral square.

The Collegi D’Arquitects de Barcelona is the building in one corner of the square that has friezes on the exterior walls based on drawings by Picasso. It’s not a place where you’d expect to find a restaurant of any note. Even walking past you have to look for the sign directing you to the restaurant downstairs. 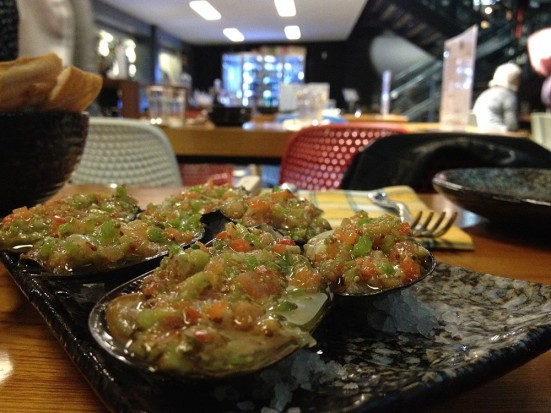 And that’s the problem, the only problem let me say. As a fellow London-born diner commented, it’s like eating in the foyer of the Royal Festival Hall. It’s very open, very bright. And you have to get a key from the security guard upstairs to go to the toilet.

But my complaints end there. This is top quality, modern tapas at reasonable prices from none other than Michelin-starred chef, Artur Martínez, famous for his Capritx restaurant in Terrassa. This is one seriously talented guy. 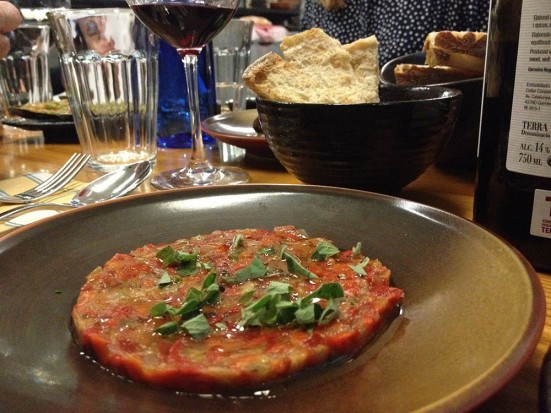 So, what did we have… 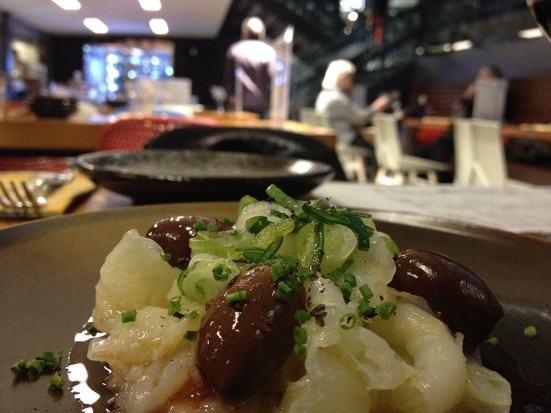 The wine list is pretty much entirely Catalan as far as I could see, which is fine by me. Catalan wine is extremely diverse and deserves to have a platform all of its own.

So put your shades on and dive in! You won’t be disappointed. This is interesting tapas at reasonable prices, despite the location.