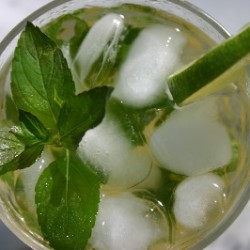 When you think of Bacardi you think of Cuba. But these days that has more to do with branding and marketing than anything else. Bacardi is no longer sold in Cuba. The main rum brand in Cuba is now Havana Club – in my mind a far superior rum, especially if you want to push the boat out and go for the Añejo 7 Años dark rum.

But though Bacardi has become an international brand acquiring many other well known drinks brands along the way, it was originally from Cuba. It was founded in Santiago de Cuba way back in 1862. And although eventual opposition to the Castro led revolution forced the company to move its operations to the Bahamas, Bacardi still has a rich Cuban heritage.

So, why should a blog about Barcelona be talking about Cuba and Bacardi?

Well, apart from the fact that Barcelona is as good a place as any to drink rum (apart from Cuba maybe), Bacardi was actually founded by a Catalan. See, I was going somewhere with all this!

Facund Bacardí i Massó was born in Sitges in 1814 to a family of bricklayers. At just 16 he followed his brothers and emigrated to Cuba in 1830. And after a failed retail business and a brief spell back in Catalonia he returned to Cuba and founded the eponymous rum brand. These Catalans certainly get about!

Whichever brand of rum you prefer a mojito is one of the best drinks to have it in. And if you want one of the best mojitos in Barcelona, then you need to take a trip down to Nose on Passeig del Born. Although on the main street you could easily miss this small fronted bar. And it doesn’t get much bigger inside. But a couple of their mojitos and depending on your staying power it’s either early to bed or the start of a very interesting night.