A dear friend of mine asked if I’d like to publish this article. I answered in the affirmative.

Whether you live in Catalonia or Scotland, the USA or Russia, most people are interested in “freedom”. The question is “What constitutes freedom?”

Freedom for a Russian could mean actions to prevent invasion and perhaps the people are easily misled to think that invasion is likely. An American considers freedom as lack of government interference. The French are an enigma! A significant majority are happy with a country with more government control and involvement than most other European countries.

Democracy does not guarantee freedom. Consider Egypt, not a straightforward place to contemplate freedom but one thing is sure: A democratic election voted in a majority government which then thought that it had won the right to remove freedoms from a large proportion of the population. Nineteenth century Great Britain was not a democracy but its population had a significant degree of personal freedom.

“Freedom from a foreign yolk”. Are the people of Zimbabwe freer to express their opinions or develop their lives with education, health-care and job opportunities available, under Robert Mugabe rather than Ian Smith? Will the people of the Donbas ever rebuild their lives and have freedom, if they achieve union with Russia, compared with their potential future if a less corrupt and better-run Ukraine emerges from the changes taking place? I make these points, not as political judgements but, as evidence of the complexity of the concept of “freedom”. END_OF_DOCUMENT_TOKEN_TO_BE_REPLACED

END_OF_DOCUMENT_TOKEN_TO_BE_REPLACED

The Catalan Question: Europe and the Right to Choose

I came across this video from the Euranet Plus news agency. Presented by Brian Maguire it discusses Europe’s failure to address the right to self-determination of separatist regions. END_OF_DOCUMENT_TOKEN_TO_BE_REPLACED

Expat Day – I’m Barcelonian, is an event organised by Barcelona City Council and Barcelona Activa. The aim of Expat Day is to help foreigners in Barcelona to settle in, by providing information on all the public and private services that are available to them.

In Barcelona we are very proud to receive every year hundreds of persons who come to live, to work and to enjoy our people, our companies, our culture and our way of life.

Exhibitions, talks, workshops and family activities are just some of the things you’ll find on the day. These will be in Spanish and English. You can go with family or friends, anyone who would like to know a little bit more about living in Barcelona.

END_OF_DOCUMENT_TOKEN_TO_BE_REPLACED

Missing the Spanish summer already? Well check out this video and relive a little of your holidays.

This is a beautiful composition of photography and moving images set to a reworked version of Spanish Caravan by The Doors performed here by Nigel Kennedy and the Prague Symphony Orchestra.

Can you imagine Barcelona without any people?

No, me neither. So I suggest you watch this clever time-lapse video from NNtonio Rodríguez.

The City Of Barcelona Like You Never See: Without People And Without Traffic

END_OF_DOCUMENT_TOKEN_TO_BE_REPLACED

After many years your dreams have come true and Homage to BCN now has its own Facebook page.

You’ll get the same Barcelona loveliness as if you follow Homage to BCN on Twitter but in a much more pretty pictures kinda way.

Please do show your support by going and liking the page. I would be very grateful. 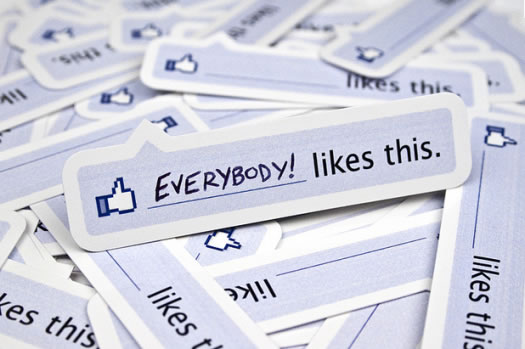