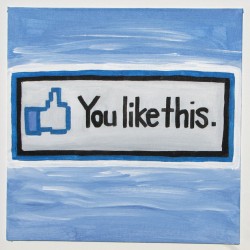 Facebook Pages are a great way to keep up to date with what’s happening at your favourite places without going to their website all the time. Events, offers, photos. Just ‘like’ the page and their latest news appears in your news feed. If they keep their pages up to date that is!

Below is a list of Facebook Pages (and a few Groups) relating to Barcelona. I realise there are hundreds out there. But these are the ones I’ve come across during my time here (and some friends pages). I hope you find something of interest.

Last Updated: 28th February 2019 – I intend to keep this post updated as people seem to find it useful and places keep moving or closing down. Any questions please leave a comment below. 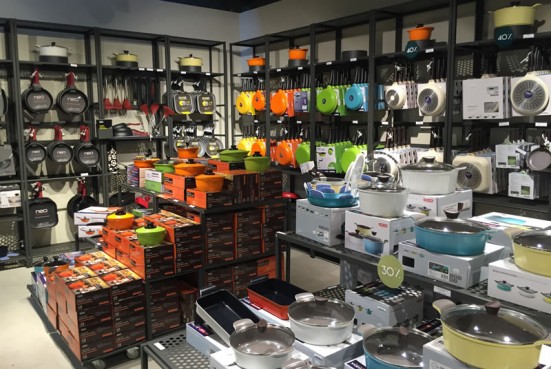 I realise kitchenware is not the most riveting of subjects for some but personally I do love a kitchen gadget. I like most gadgets, but as I’ve gotten older the kitchen gadget is my want. If I had a garden then I’m positive I’d like garden gadgets, but I have a 3m square terrace so the kitchen is my gadget domain.

Kitchen Shops in Barcelona: I’m not talking about shops selling fridges or dishwashers or whole kitchens. These are shops for people looking for that cool item that does a certain cooking task the perfect way. Or the perfect gift for a foodie friend. As well as of course great knives and cookware.

This started when I wanted to buy a Lékué Steam Case, one of those silicone jobs that can withstand the oven, the freezer, the dishwasher, and cats it seems. I thought I’d go on a little trawl of all the kitchen shops I knew and see what I could find. END_OF_DOCUMENT_TOKEN_TO_BE_REPLACED

An article from the wonderful Claire Gledhill about why it’s useful to learn a bit of Catalan if you’re staying in Barcelona. And it’s free! 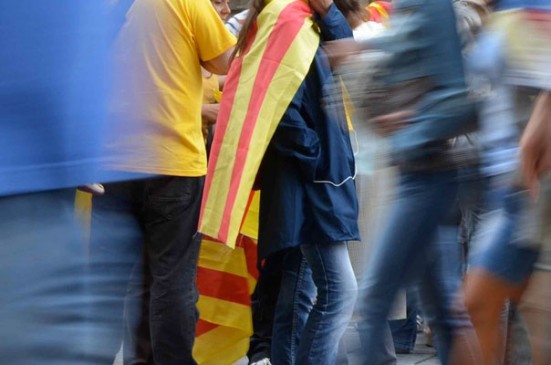 What language do they speak in Barcelona?

For anyone landing in Barcelona ready to start a few months study, experience the city or look to making a new life here, learning Catalan is probably not high on their to-do list. In fact many visitors or new arrivals may be blissfully unaware that they have indeed set foot in one of Spain’s autonomous regions which has its own distinctly different language, cuisine and cultural heritage.

Where do they speak Catalan apart from Catalonia?

Catalan may be viewed as a minority language, and at least geographically it is, only being spoken in Catalonia, some regions of southern France, and dialectal versions in the Valencia region, Balearic Islands and a small section of northern Sardinia. However, with over 9 million speakers, which ranks it alongside Danish, it is certainly not a dying language yet is not recognised by the European Union. And just to be clear, Catalan is NOT a dialect of Spanish, nor a mix of Spanish and French, but an individual Romance language, although of course as any student of a Latin rooted language will know there are similarities between them all.

Now let’s be clear, I am no fluent or even proficient user of Catalan, yet 100 hours of free Catalan classes (more about that later) has given me a base which I believe has opened up another side of Barcelona that I would miss out on without this knowledge. END_OF_DOCUMENT_TOKEN_TO_BE_REPLACED

When I arrived in Barcelona I wanted to learn as much as I could about the city, the region of Catalonia, and its history.

I had read George Orwell’s Homage to Catalonia. The title of that book had inspired this blog. But I soon found there were many other fantastic books out there about Catalonia and the city of Barcelona.

Why not add one of these fascinating books to your reading list. They are some of the best books about Barcelona and Catalonia.

END_OF_DOCUMENT_TOKEN_TO_BE_REPLACED

The new issue of InTransit is out. InTransit is an English language publication containing articles that have appeared in the Catalan-speaking press.

This issue is very much the interview issue. There’s interviews with the artist, Jaume Plensa, the writer and philologist, Jaume Cabré and the artistic director of the Sydney Dance Company, Rafael Bonachela.

Plus there’s a piece from Barcelona Metropolitan on the Barcelona-born film director, Isabel Coixet.

And did you know, “…the birth of modern submarine technology is very much linked to the life of the Catalan politician and inventor Narcís Monturiol”. I didn’t. END_OF_DOCUMENT_TOKEN_TO_BE_REPLACED

Memoro Project: The Bank of Memories 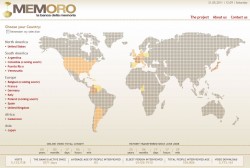 Sometimes old people are annoying. Sometimes young people are too. But generally old people are bloody interesting. They have lived through things that luckily for me I can only try and imagine. They have stories of experiences that I could sit and listen to for hours. And often a world view that is just plain enlightening. So much personal history to cherish and retell.

Well luckily for us that’s what Memoro Project is trying to do. The ‘Bank of Memories’ is a non-profit project set up in Italy in 2007.

“…dedicated to collecting and divulgating short video recordings of spontaneous interviews with people born before 1940.”

END_OF_DOCUMENT_TOKEN_TO_BE_REPLACED

Issue 3 of my favourite English language Eurocatalan newsletter is out today. Read my previous post on this newsletter if you haven’t already.

This new issue of InTransit includes many different articles that help us better understand this historical spirit of Europeanism, and also what an opportunity it would be if the Mediterranean Euroregion were to become an economic and cultural reality within a united Europe. In short, the Commonwealth of the South.

Eight or so articles about Catalonia’s place in Europe now and in the past. Interesting articles were:

You can download the full PDF version of the current issue below: