Barcelona in the 60’s

An article from Anthony Turner about his time in Barcelona in the 60’s. 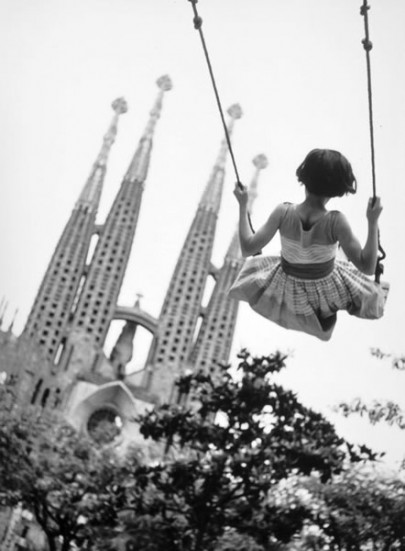 As a young man back in the 60’s, I was inspired to visit Barcelona by Hemingway on reading two of his books; “Death  in the Afternoon” and “For Whom the Bell Tolls”. I drove with my then fiancée (now my wife) down thro’ France, over the Pyrenees and on to Barcelona.

The city had pretty much embraced the “Swinging Sixties” and was then full of young people from the North…. Sweden, Norway, Denmark,Germany… all intent on enjoying the sun and having a good time. The austerity endured in the 50’s was over… young people were flocking in droves to Milan, St Tropez and Barcelona.

We spent much of our time in the Old Town Quarter getting to know the best and cheapest bars, although with an exchange rate of 169 pesetas to the £ we were not doing too badly! We drank local wines and I tried absinthe in an attempt to acquire inspiration of some sort! I understand that Hemingway drank a glass or ten in his favourite bar so the stories go! I believe that although absinthe was never banned in Spain, the Spanish were never much inspired by this drink as were the French for instance. 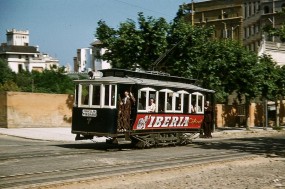 We loved to roam the small streets and alleys of the old town, finding new places to sit in bars, eat, drink and converse with young people like ourselves from all over. It intrigued me, after wandering around a maze of narrow streets, to sometimes exit quite suddenly and find a wide straight boulevard in total contrast. Designed, I understand, by socialist minded city planners years and years ago. I remember seeing a wonderful variety of trams, very colourful and always full.

We saw a bull-fight and I tried to capture the true essence of this as seen through Hemingway’s eyes… I guess that I was not as macho as he… it was bloody and the Picador’s horses were sorely wounded. My fiancée left the stadium as she could not face any of it. I remember the Guardia Civil; carrying sub machine guns and directing the crowds. They were the most visible signs of the oppressive regime maintained by Franco at the time. Quite menacing to see in their familiar tricorne style hats. 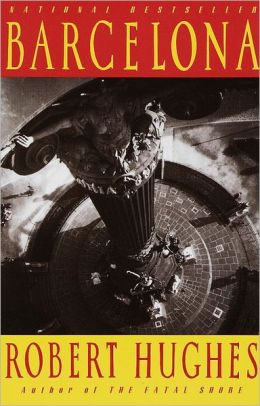 The contentious, yet extremely erudite author of ‘Barcelona’, Robert Hughes has said, “It used to be that the Catalans were obsessed with the preservation and maintenance of their own language, now architecture seems to be the binding element. Take the development of the waterfront for the Olympic games. When it was first opened to the local public, 250,000 people went to see it on the first day. I can’t think of any other city in which this would have happened. That’s sort of an index of their civic pride. They’re a very house-proud city.”

Our recent visit some 50 years later was more safe and sedate… standard tourist stuff – not as exciting but then I am fifty years older. Maybe there is a younger, seedier, exciting scene in Barcelona today? No doubt the young still seek it out and feel as I did all those years ago.

Barcelona is a beautiful city and we were glad to go back and will go back again. Soon I hope! 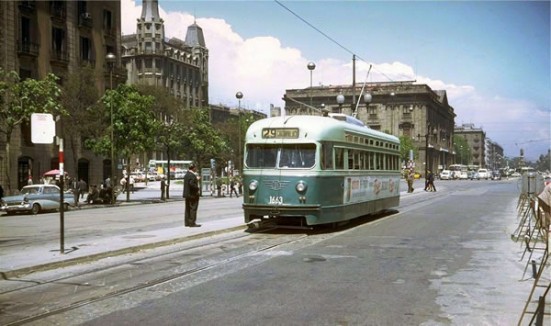